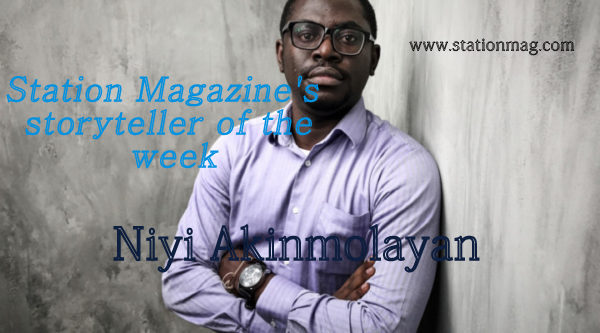 Nigerian stories are gaining traction in the world today. This is made possible by people who have dedicated their lives to telling genuine Nigerian stories. One of such people is Niyi Akinmolayan.

Niyi Akinmolayan is responsible for two out of the first five highest-grossing movies in the history of Nigeria. This film includes: “The Wedding Party 2″ and “Chief Daddy”.

Niyi, an indigene of Ondo State, is a Nigerian film-maker, director, film producer and media consultant. He is the founder and Creative Director of Anthill Productions, a media production facility.

The director started his career as a graphic designer and web designer, before venturing into Nollywood where he honed his skills in video editing, animations, after effects and visual effects..

His first film, “Kajola” released in 2010, was an experiment in visual effect. Akinmolayan had set up his production company, Anthill Productions in 2008, which provided the visual effects for the movie Kajola.

His 2015 film “Falling” featuring Adesua Etomi, Desmond Elliot and Blossom Chukwujekwu and others earned him a nomination for Best Director at the 2016 Nigeria Entertainment Awards.

In December 2016, Akinmolayan released a short film titled PlayThing a 3D animated movie, which was premiered at the FilmOne IMAX cinema in Lagos to rave reviews

The director’s recent work “The Set Up” made a sum of 21 Million Naira within five days of it release.

Niyi has proven to be a breath of fresh air in the Nigerian movie industry. He is doing all he can with his production company, Anthill Production, to put Nigeria on the map of animation storytellers.

In 2018, his production company signed a collaboration deal with a Tunisian studio said a budget of N120million was planned for execution of his animation film, ‘Frogeck’.

Anthill Production, a household name in Nigeria’s film and Animation industry today launched Anthill Business, a web application designed for potential users to create personalized videos at a reasonable financial budget, and help the Nigerian youths to put their creative mind to work.

According to the director, “the platform was launched to help everyone to know that they can create their video content by themselves, at very affordable rates, rather than consistently being ripped off by advertisers”

Because You Love Me (Part 4) (Prose Series)

I decided to look gorgeous for the dinner date. I wore a flowery pink dress, packed my hair into a ponytail, wore a silver heel with a silver clutch to match. I got to the restaurant a bit late, he sm
Read More